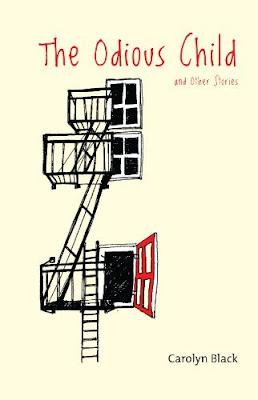 Finally got around to it: September 2011

I want to try it on. I want to wear his voice. I invite it in.

I write a character like Martin into my story.

While the heroine stands in her kitchen, meditating in the fading light, there’s Martin, scratching himself and holding a bottle of scotch. “I have a hard-on for you a yard long,” he says, but it does not work. He is flat on the page. Nothing at all like the man whose company I shared during that first blissful week in bed. He hulks in my heroine’s kitchen, taking up space.

I make him thrust a hand up her skirt. I make him fling hot stew onto her cheek and twist her wrist backward. I make him drive his knee between her shoulder blades. And finally, finally, before slamming out the door, he burns red lines onto her naked breasts with a hair straightener. The violence is not convincing though. Even the heroine seems unmoved, picking herself up afterwards and raising one eyebrow, alone with her thoughts and the charcoal-sweet smell of singed, blistering flesh.

It’s funny, the shreds of truth that peek through a writers’ work—expected or not. A great many authors through the years could be accused of writing from beneath an idealized veil, their protagonists representing what they see (or hope to see) as the best and brightest of humanity. Maybe they’re writing their own idealized selves into the pages, constructing a fabrication so self-serving their future obituaries would flush with embarrassment. More interesting, however, are those who turn the magnifying glass to the scratched and rusted underside of a coin—the authors and artists who see the imperfections and mistakes in their own past and the pasts of others as the true meat of creative extrapolation. Carolyn Black takes this a step further.

The eleven stories in The Odious Child sketch a darkly comic cityscape of characters so strange, staccato and lackadaisical that they frequently trip across the line of reality and into the surreal of urban fantasy. Perhaps more telling is the controlled yet authoritarian hand of Black, stripping her characters down to very basic interactions and densely given observations. They are difficult to pin down at first, lacking three-dimensionality in their thoughts and mannerisms. But it is in the paring down of these elements that another unexpected dimension is revealed—these are not avatars or simulacrums of the author, or various facets of her and those around her; they are her unwanted children, barely-there humans that have been starved and beaten and locked in the basement for as long as possible. In simple terms, disdain is the most prominent emotion I felt reading these stories. Disdain and, to be blunt, a near-total lack of respect.

It is that lack of respect that puts The Odious Child in another playing field altogether. Black has positioned herself as a schoolmarm in control of an unruly, socially dysfunctional gathering of personalities that, given the opportunity, would inevitably place themselves in harm’s way—not through masochism or decreased intelligence, but through an almost undeveloped way in which they perceive the world around them:

But the father is already running in a circle with his arms spread, making buzzing sounds, looking hopefully at the baby. A suitor with plane wings.

In her arms, the baby takes a bite of air and then spits it out. Pfffft.

What she and her husband have been reduced to! They used to be bookish and discerning. She thought of them as the neighbourhood intellectuals, the father working as a research scientist at the Environmental Studies Institute, the mother teaching English literature at the city college. Now she reads only baby books. Irritation flares in her throat.

The parents in “Baby Mouth,” quoted above, represent a common voice found in many of the stories—a childlike diction and frankness of speech. The honesty at which characters like the protagonist of “Serial Love” voice their innermost thoughts, completely lacking an internal common sense filter, is at once startling, endearing, and downright funny. Black has given them a nakedness by which they present themselves to the world, totally devoid of self-editing—again, much like that of a child. Similarly, extreme emotional responses are also common, such as the jilted lover in “Games” who:

… worked up an eight-month sulk in response to a poem he wrote about me. A poem so moody and unpredictable as the weather (a predictable and solid metaphor, to be sure, for a woman, the weather).

The line Black walks, as author and curator of these strangely vacant but still engaging personalities, is a fascinating one. On one side of it are characters that are both world-wearied and still completely naïve; on the other side is an author who acknowledges the necessary existence of these individuals, but who chooses to address them with an uncommon, forceful hand. Technically, her use of metaphor is something akin to caressing an open palm and slicing a lifeline into it with broken glass—often as unexpectedly blunt as her characters’ rigid actions and decisions. And though I felt slightly less investment in “Hysteria” and “The Odious Child,” there is not a story in the collection that feels out of place or lacking polish in any way.

The Odious Child is very different from other short fiction collections I’ve read this year. It is more revealing than most, but not in ways you’d expect. Carolyn Black has offered up a slate of diverse dysfunctions in need of a strong, reprimanding hand—one she is more than willing to provide. In doing so, she has also given us one of the most open and naked collections of short fiction I’ve read in some time.

Backlisted
I am a writer, editor, publisher, artist, musician, film geek, book nerd, and all points in between. I am also the marketing and production coordinator for Edmonton's NeWest Press. Any and all opinions on this blog are mine and mine alone, and do not in any way reflect the thoughts and opinions of my employer. For realzies. If you have a book you'd like considered for review (ARCs, galleys, or finished products), please email me at edensheel@gmail.com. At this point, I do not review from PDFs or ePubs. Sorry for the inconvenience.